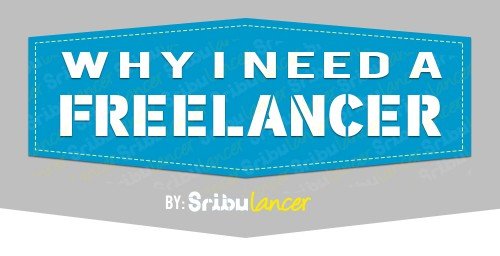 Over 2.300 survey respondents were small and medium enterprises

Sribulancer, the largest online marketplace for freelancing needs, conducted a survey to see and understand the needs of business owners at Sribulancer who have used freelancing service before. Previously, Sribulancer has released a survey about freelancing works in Indonesia on February 2015.

In this second survey, Sribulancer distributed questionaires to 5,700 customers, starting from May 25th 2015 until June 29th 2015. 42 percent of the respondents were small enterprises with 1 – 5 employees.

More than 50 percent of the respondents feels the importance of freelancer, mainly because there are jobs that requires specific skills in which the current internal team do not possess. The lack of human resource to do the job internally and cost limitation to recruit fulltime employees became the reason to use freelancing services.

“Based on the most wanted freelance services, it’s clear that expertise from information technology and design were a rare commodity for the respondents which makes it a huge opportunity for freelancers to offer such services. In this survey, it’s also shown that the more small and medium business owners expand their business via online by using internet, the demand for website development, design, and mulitimedia will increase as well. Indeed, online expansion can be the solution for the lack of funding.” Says Ryan Gondokusumo, CEO of Sribulancer.

When selecting freelancing sites, the respondents looks carefully on pricing system, data safety issues, freelancer database, the simplicity of the website, and the customer service given by the freelacing sites.

“Curently, more than 34,000 professional freelancers in various fields had joined Sribulancer. Many big clients like BerryBenka, Traveloka, Mitra Adi Perkasa, and Intiland have used Sribulancer’s services to finish their project. I’m sure with our expertise, sophisticated features, and money back guarantee will set Sribulancer as the best partner for our clients to leverage their business.” Says Ryan.

As an online site which connects business owners and professional freelancers, Sribulancer offers a comfort and easiness on various aspects to their users. By using Sribulancer’s platform, bidding process will be much easier, communication gets practical, and payment system fully secured.

“By using Sribulancer’s professional freelancers, I can complete my job easily in just less than 2 hours” – Jason Lamuda, CEO BerryBenka.com